By:
Rochenie N. Cadungog
On: September 27, 2022
In: Fashion & Style
Occasion: All Occasions, Anniversaries, Birthdays
Recipient: For Everyone, For Friends, For Her

Who is your favorite K-Pop idol? Or a group? Right here, right now you will have a list of K-Pop gifts to give for your K-Pop people. Sesang-eul Heundeulja!

As K-Pop rocked the world with their renowned talents, they have been unstoppable since their first mind-blowing appearance in 1996 by the first popular South Korean boy band H.O.T or known as the High five Of Teenagers. Since then, people have become stans of the iconic South Korean Idols or best known as K-Pop then came their phenomenal superstar Psy who popularized Gangnam Style, 2ne1 another successful K-Pop girl group, then BTS, Blackpink and the list goes on . Well, we cannot just bypass the overwhelming fanatics of these teenage groups, so why not list the best gifts for K-Pop stans.

K-Pop Idols are known to be stunning with their bare face, with or without make-up they shine brightly. They do not need too much make-up just a few eyeshadow and eyeliner and a little bit of lip gloss, fire away, it’s showtime. K-Pop fans will certainly adore this eyeshadow it’s like this adorb is all-in-one; it has glitters, it’s quick drying and OMG it’s long-lasting and by the way did we mention it’s hypoallergenic so the younger K-Pop fans can also give it a try. Just Wow!

K-Pop idols are hotshots of cat-eyeliner. Guess K-Pop idols are significantly talented at all. A liquid proof liner which enables you to create a variety of eye-effects from thin precise looks and to whatever style and design you want. There is no doubt K-Pop fans will love this.

These pleated skirts come with underpants, how awesome is that? This is so far the best K-Pop gift for stans and will make you feel the vibe of being truly a part of that girl group.

A fashionable K-Pop merch for the K-Pop die-hard fans. Multiple pockets for usage and this is the fun part, it has a USB port where you can easily charge your mobile phone while outdoors. Fun right?

An in-demand K-Pop fan merch which suits all ages and best for boys and girls. You will be definitely recognized as a fanatic with this one, so fab and chic. With cotton and polyester as material, you can be as comfortable as possible while chilling and doing K-Pop dance moves.

Uh-Oh! Another K-Pop on demand merch. I guess if you are a fanatic the first thing you get to be firm with your fantasies is to get that T-Shirt from your idols. K-Pop fans in your circle will definitely love this merch. Made with 100% cotton and with a design as cute as a panda, how can we not chuckle ourselves to amusement. Such a cutie.

The ultimate fanatic is someone who can buy a masterpiece from their idols more excellent if it’s eco-friendly, non-toxic and reliable product too. BTS fans will certainly move mountains for this collection to be theirs.

There is no doubt that K-Pop Idols and groups have captivated our hearts, mind and soul with their intense nerve-racking talents. From modeling, to singing, dance and even on movies and TV Series, they really changed the entertainment industry with their impactful presence and performance. Looking forward to more outstanding performances from all corners of the entertainment world. Aja! 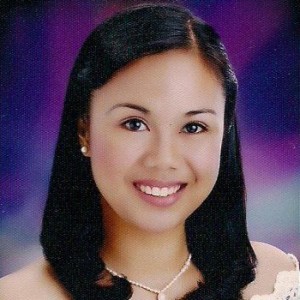 She is a full time mom of 3 beautiful kids. She may not be practicing her profession but she is embarking on a new industry in the Digital Marketing Industry. She is currently working as a part-time content / copywriter in a digital services company. Her writing wants her readers to relate to her write-ups and wants to read more of it.
Read More

Buzzworthy Graduation Gifts Finds of 2022 for our Best Bros

Perky Gardening Gifts for Moms who loves to Plant

Buzzworthy Graduation Gifts Finds of 2022 for our Best Bros

Perky Gardening Gifts for Moms who loves to Plant